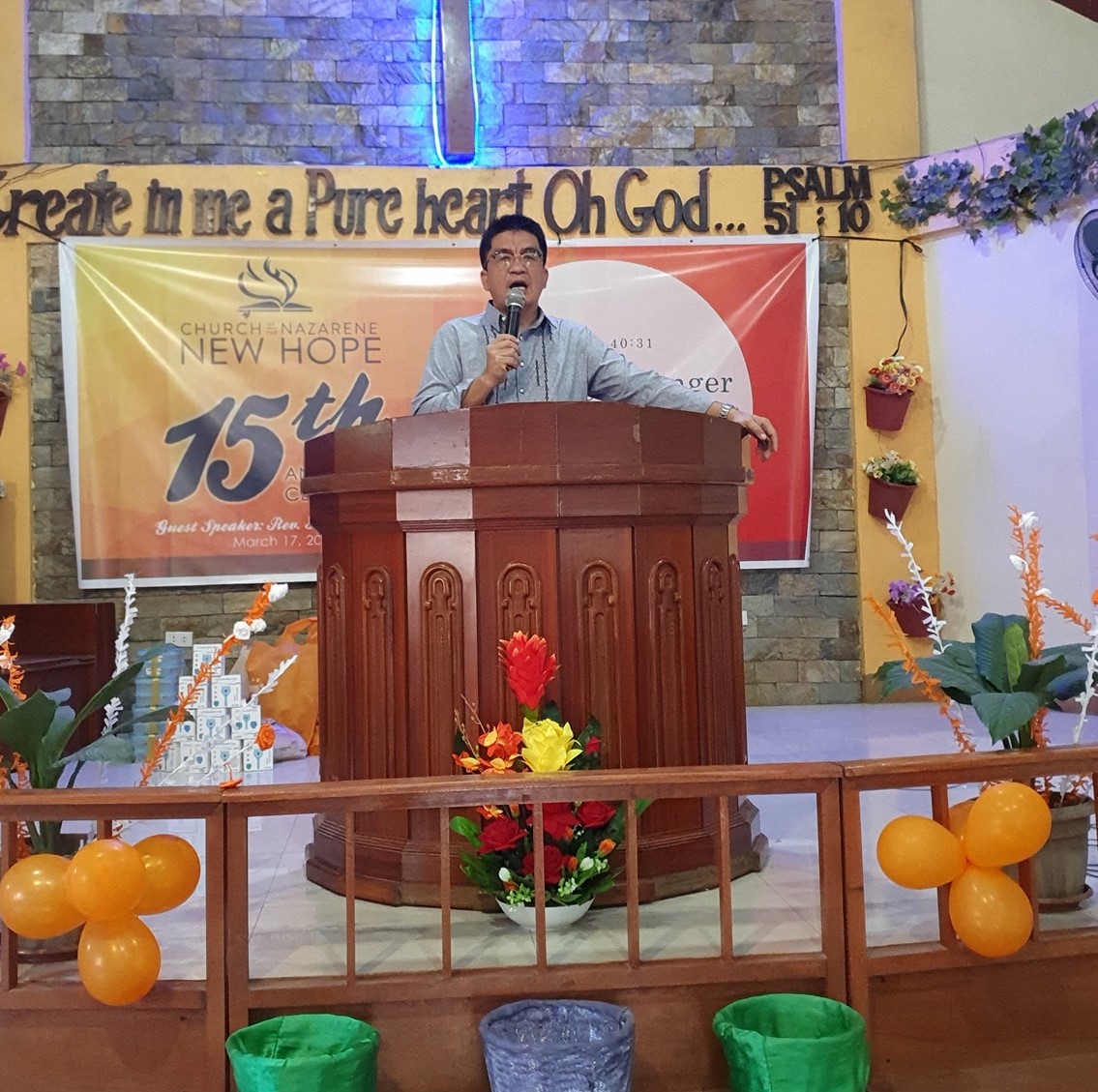 Rev. Arnel Piliin and his family

Rev. Arnel Piliin, 50, has been appointed as the new Field Strategy Coordinator for the Philippines-Micronesia Field. He will succeed Rev. Stephen Gualberto, who has served in the role since 2011. Rev. Piliin has served as the district superintendent of the Metro Manila District and as the Senior Pastor of the New Hope Church in San Jose, Antipolo City, Philippines. He has also been a member of the 53-person General Board of the Church of the Nazarene and of the Asia-Pacific Regional Advisory Council. Rev. Piliin will begin his role on October 1, 2020.

Rev. Ryan Cardinal, who serves as District Secretary of the Metro Manila District, wrote: “Congratulations to our newly appointed Field Strategy Coordinator Philippine-Micronesia, Rev. Arnel L. Piliin… May the Lord lead you to greater heights and may He sustain you with wisdom! ‘May the Lord bless you and protect you. May the Lord smile on you and be gracious to you. May the Lord show you his favor and give you his peace.’”

A graduate of Visayan Nazarene Bible College (VNBC), Rev. Piliin was married on December 23, 1993, to Rev. Inocencia Piliin, who serves the Lord as an assistant pastor of the New Hope Church of the Nazarene. The Piliins have three children: daughters Arscent Grace Piliin and Rachel Ann Piliin, and son Arnel John Piliin.