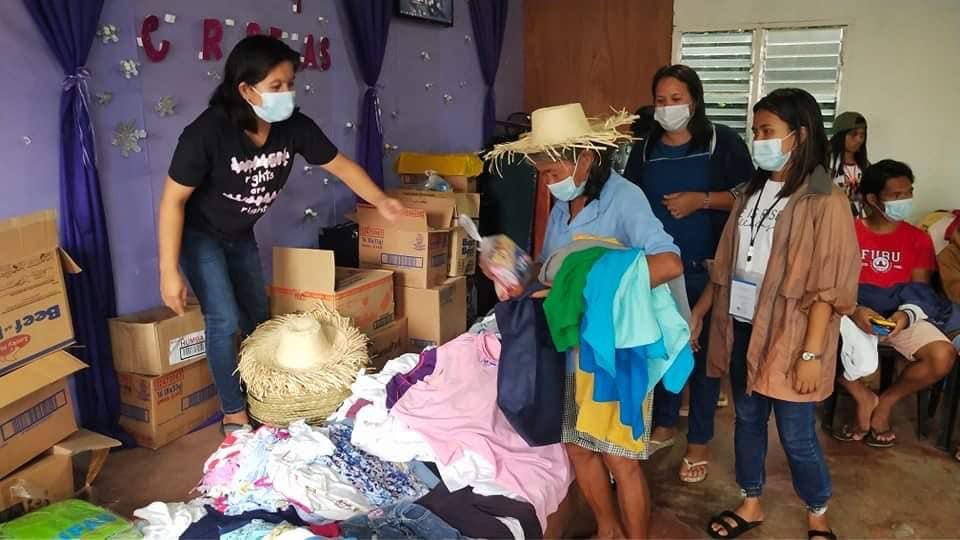 Super Typhoon Rai (known locally as Odette) made landfall in the Philippines on 16 December 2021. The storm affected over 7 million people in more than 6,000 villages. Half a million people have been displaced by the storm, the majority of whom continue to live in evacuation centers, creating additional vulnerabilities for children and women. Of the 400,000 houses damaged by Rai, over 100,000 residences are destroyed. More than 1,000 people suffered injuries and 389 people died from the impact of the typhoon.

Nazarene Disaster Response in the Philippines has focused its relief efforts in Southern Leyte, one of the hardest-hit areas in the storm surge. In that province alone, about 900,000 people were affected and nearly 1,000 homes were destroyed. Dan Balayo, child development coordinator for the Asia-Pacific Region, reported that in the St. Bernard barangay, or village, all families of children served by the TEACH child development center have been directly impacted by the storm. In addition, 52 homes of members in the Church of the Nazarene were damaged by Rai.

Volunteers with Nazarene Disaster Response on the ground have distributed food packs, clothes, hygiene kits, and flashlights and have established water filtration centers in strategic areas. NDR plans to distribute kitchen utensils and cleaning supplies as people return to their homes to clean and rebuild. They are also establishing safe spaces for children to receive trauma-informed care during the rehabilitation phase.

Compassionate response can be shared through prayer and generosity. Pray for those who have lost loved ones, homes, and possessions. Pray for those facing additional risk due to being displaced. Pray for those engaged in the arduous work of rebuilding houses, communities, and livelihoods. Pray for response teams committed to ensuring the health and wellbeing of those who face trauma from their experiences. Stay informed of the ways Nazarene Compassionate Ministries Philippines is responding to needs in the aftermath of the typhoon by visiting the NCM Philippines Facebook page.

To support emergency relief efforts like these, give to the NCM Global Emergency Relief Fund.

In the U.S., make checks payable to “General Treasurer” and send them to:

In Canada, make checks payable to “Church of the Nazarene Canada” and send them to:

For any other country, give through your local church or district, designating your gift to the NCM Global Emergency Relief Fund.

This article was written by Nazarene Compassionate Ministries for Nazarene News.