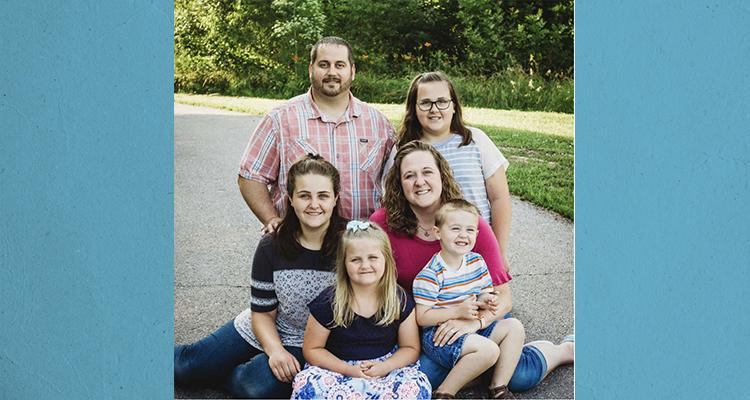 Mike and Jamie Askew called the Global Missions Office in early 2019 to ask how to become Nazarene missionaries. A new, specialized team then took the lead in guiding them through each step of their journey to their assignment in Haiti six months later.

This wasn’t the first time the Askews have served through Nazarene Missions. In 2010, the couple served as volunteer missionaries in Pohnpei, an island in Micronesia.

“When we first felt God was leading us to the field through the Church of the Nazarene, I remember thinking, ‘What in the world is the process?’” Mike said. “There were a lot more questions in our mind and a lot more things we had to figure out through trial and error in order to get to the mission field.”

When the Askews’ first assignment ended, the couple returned to the United States, where they most recently pastored a Nazarene church in Kirksville, Missouri, for six years. As they realized God was leading them back into cross-cultural ministry last April, they again contacted Global Missions. They encountered a much clearer and more streamlined process.

Their experience illustrates how Global Missions is taking a more proactive and global approach to deploying and resourcing new missionaries.

The Office of Engagement and Equipping was formed in 2019 within Global Missions. Its objective is to assist local churches in identifying and mobilizing people with a call to missions. As churches connect these people to Global Missions, the office helps match them to personnel requests submitted from around the world.

“Our focus should always be fulfilling the strategic personnel needs of our field leaders,” said Brent Hulett, director of Global Missions Engagement and Equipping. “Our new system of missionary discovery and deployment is much more proactive and focused than it has ever been.”

“This time around there’s so much communication,” said Jamie Askew. “We are so thankful to the Nazarene church because they take care of their missionaries. It’s great to see the process that took place before we got to the field.”

As new missionaries, the Askews were invited to attend Launch, a process that began with 10-weeks of online financial and fundraising classes that included personal mentoring and planning. They then attended an intensive, weeklong training at the Global Ministry Center in Lenexa, Kansas, USA, where they were introduced to the resources that the denomination provides on the field.

The frequent contact with people in Global Missions, as well as others on the same journey to missionary service, helped the couple feel supported as they prepared for their assignment and were then deployed.

“We saw we’re a part of a big community,” Jamie said. “To build friendships with those people, that makes us feel a lot closer to people there. We’re all in it together.”

“The community is international,” said Erika Chaves, personnel coordinator for the Mesoamerica Region, who sent in the personnel request that the Askews filled. She then helped to receive the Askews as missionaries on the region.

Like the Mesoamerica Region, the Asia-Pacific, Eurasia, South America, Africa, and USA/Canada regions are also identifying, assessing, and training future missionaries to use their unique skills and callings for Kingdom work.

“One of the things I like [about the new process] is being able to get to know other regions’ needs, so we can connect our candidates,” Chaves said. “I think it helps us all also to check our database and see if we have someone who could fit. It is an actual global system.”

“Our commitment is to truly create a global mobilization system for the Church of the Nazarene,” Hulett said. “We must create a structure so that Nazarenes from any country can to every country. That’s our passion.”

To learn more about open positions and the missionary sending process, visit nazarene.org/sendme.