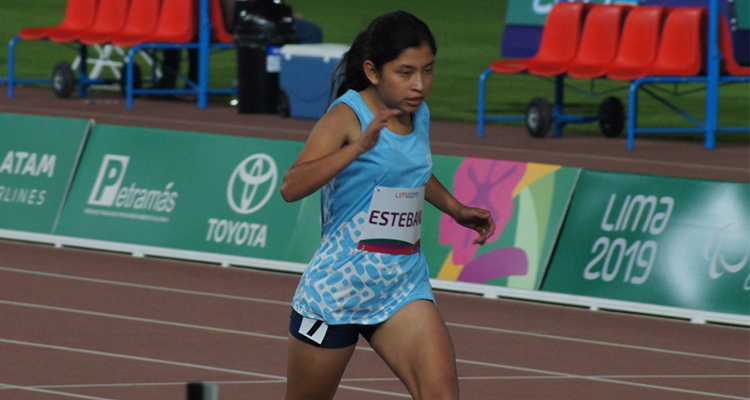 Ericka Violeta Esteban, a young woman in the Nazarene Compassionate Ministries Orphan Program, will be representing Guatemala at the 2021 Paralympics this August in Tokyo, Japan.

When Esteban was 6 months old, she fell out of the crib and was in a coma for a month. She suffered from a cerebral palsy disorder called monoplegia on her left side, which has made her mobility difficult. For several years, Esteban was enrolled in regular schools but often had to withdraw after a few months due to the seizures she suffered. However, in 2007, things changed for her when she was admitted to the Nazarene Compassionate Ministries Orphan Program.

“The program has helped me with food, medicine, and cash that I have used to pay for my bus fare to go to the training,” Esteban said.

Starting in August 2010, she was provided with support for check-ups and medications thanks to the Children with Different Abilities program. In 2011, Esteban started attending therapy at the Hospital Regional de Occidente, where she began to see progress manifest itself in her love for drawing.

In 2016, she was enrolled in the Xelajú School, an institution for children with special educational needs, where learning is provided with curricular adaptations so that people like Esteban can excel. Thanks to this school, she discovered that she was very good at running.

The following year, Esteban participated in several athletic competitions within the country. She managed to place among the top three, earning her a chance to represent Guatemala in the neighboring country of El Salvador, where she won two medals. At the end of 2018, Esteban traveled to Nicaragua, and in 2019 she represented Guatemala in Lima, Peru.

Esteban received Jesus and has actively participated in the activities of the church. She was baptized on 20 May 2018 and has volunteered as a guide for the children’s group in VBS.

On 21 May 2021, Esteban traveled to the USA for a competition, and in August she will represent Guatemala in the Paralympics in Tokyo.

“I never imagined going to all those places,” she said. “I am very happy to represent Guatemala, and I have Jesus in my heart. He goes with me everywhere I go. He has given me faith and hope to continue trusting in Him.”